Tim Duffy, K3LR, Chair, Founding Director. Tim was first licensed in 1972 as WN3SZX. He has been involved in most facets of amateur radio, from building and operating an extensive repeater network, to emergency communications, to contesting. Tim has operated most of the major contests as a single-operator, and for the past 27 years has grown his Western Pennsylvania station and team of operators to become one of the top multi multi stations in the world. He has competed in the World Radiosport Team Championship five times, including WRTC 2018 in Germany, is a member of the CQWW Contest Committee, past Chairman of the ARRL Contest Advisory Committee,  is Chairman of Contest University, Inc. K3LR was inducted into the CQ Contest Hall of Fame in 2006, and is a member of the prestigious First Class CW Operators Club (FOC). K3LR is President of the North Coast Contesters. Tim is the Chief Executive Officer for DX Engineering. He also serves as a Director on the ARRL Foundation Board. He is past President of the Radio Club of America. 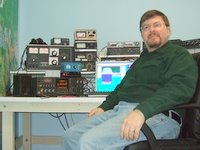 Doug Grant, K1DG, Vice-Chair, Founding Director. Doug has been licensed since 1967. He has been active in most areas of amateur radio, from contesting to EME.  He represented the United States six times in the World Radiosport Team Championship (WRTC) and was Chairman of the WRTC2014 Organizing Committee. He holds several contest records, both as a single operator, and as a member of numerous multioperator teams.   Doug is a member of the ARRL A-1 Operators Club, First-Class CW Operators Club (FOC), and CW Operators Club and was inducted to the CQ Contest Hall of Fame in 2015.  He has served as a member and Chairman of the ARRL Contest Advisory Committee, past President of the Yankee Clipper Contest Club, member of the CQWW Contest Committee, and a Director of Contest University. Professionally, Doug is a consultant to the wireless and semiconductor industries and is the author of “A Beginner’s Guide to Contesting”. 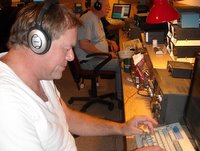 Ralph Bowen, N5RZ, Treasurer, Founding Director. Better-known in the contesting world as “Gator”, he has been active in amateur radio since 1969. Proficient on both SSB and CW, he has won numerous contests from U.S. and DX locations, in both single-operator and multi-operator categories. He has competed in the World Radiosport Team championship and had a noteworthy win in the September 2009 NA CW Sprint contest with a Golden Log (zero errors in 352 QSOs). Ralph is a Certified Public Accountant and is retired from the oil industry. He is now living in the Texas Hill Country west of Austin.

Tom Lee, K8AZ, Secretary, Founding Director. Tom is an active contester, operating from his home station, located in the state of Ohio. He has won regional and national single-operator, multi-single and multi-two categories in the major DX contests, overcoming what some consider a significant geographical disadvantage. He maintains a competitive multi-operator station and has hosted and mentored many of the contesters in the Midwest region. Tom is a founder and past President of the North Coast Contesters, is a member of the ARRL A-1 Operators Club and has been a Referee at the World Radiosport Team Championship. When he is not on the radio or maintaining his station, Tom is a litigation partner and Assistant General Counsel of a large Midwest law firm. 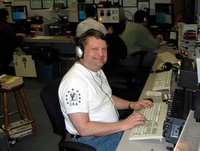 John Dorr, K1AR, Founding Director.
John has been licensed since 1969. For over 20 years, he has served as Contest Editor for CQ Magazine, and has been a member of the CQWW Contest Committee, including his current role as the contest’s director.  An active contest operator, John has won most of the major contests, including a dynasty-like streak in the CQWW DX Contest. He is a member of the ARRL A-1 Operators Club, First-Class CW Operators Club (FOC), a Director of Contest University, and was a competitor in four WRTC events. John is also a member of the CQ Contest Hall of Fame. John retired in 2017 after concluding a successful 40-year career serving in a variety of high-technology sales and marketing management positions. 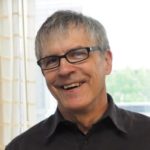 Mark Beckwith, N5OT, Founding Director. Mark was first licensed in 1971 as WN6OTU. He has been both a successful single-operator at HC8U, K6RR, W6AQ, W8JI, W6UE and his own contest station, and a recurring multi-operator team member at such stations as HC8N, PJ2T, TI5N and PJ4R. N5OT and W9RE competed together in Boston for WRTC 2014.  Mark prefers CW to SSB, and enjoys the low-bands.  In Real Life™ Mark is a patient advocate for people with rare diseases, a fundraiser, a non-profit consultant, and a career musician conducting choirs and orchestras.  He currently serves the Caribbean Contesting Consortium (PJ2T) as their President.

Bob Cox, K3EST, Founding Director.Bob was the Director of the CQ World Wide DX contest for over 34 years. He retired from the CQ WW DX contest directorship in 2012.  He is an accomplished operator having won many single operator awards. He has been a member of numerous multi-operator teams including W3AU, K2GL, K3LR, KC1XX, W3LPL, PJ4B, N6RO, and many others. He is a member of the CQ Contest Hall of Fame, and serves as Director of the Contest Hall of Fame Selection Committee. Dr. Cox, a neurophysiologist, is retired from a position in the medical industry. 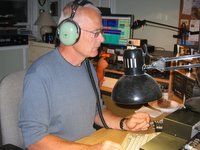 John Sluymer, VE3EJ, Director.  John was first licensed as VE3AKG in 1972 and has subsequently held Canadian calls VE6OU and VE3EJ. Active in CW and SSB contesting since 1973, he has participated in multi-operator contests from HC8N, A61AJ, VP2E, K3LR and KC1XX. He has also hosted numerous Multi-Single, Multi-Two and Multi-Multi operations from his home QTH in Niagara. John together with his radio partner VE7ZO have represented Canada in 5 WRTC competitions and were gold medal winners in Brazil in 2006. Partnered with K9VV (NP2X), John also participated in WRTC 2014 in Boston as well as WRTC 2018 in Germany. He also has a keen interest in DXing and has been a part of several Microlite DXPedition adventures to the Sub Antarctic. John is the current president of Contest Club Ontario (CCO), a member of CW Ops and First-Class CW Operators Club (FOC), and has been a member of the CQ World Wide contest committee for over 25 years.  He was elected into the CQ Contest Hall of Fame in 2011. Professionally he is a semi retired consultant on the transmission side of radio and television broadcasting. 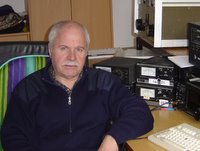 Tine Brajnik, S50A, Director. Tine was licensed in 1963. His primary interest in amateur radio is contesting. Was holder of YU3EY from 1965 –1986, YT3AA 1986-1992, S52AA 1992-1995. Operated at W3AU, PJ2CC, P3AA, A61AJ, P49V, HC8N and others. Participated in all WRTCs, was organizer of WRTC 2000 in Slovenia and is at the present time a chairman of WRTC sanctionning committee. He is president of Slovenia contest club who organizes EU HF Championship and SCC RTTY contest. He is also a member of CQWW Contest Committee. He was elected into CQ Contest Hall of Fame (no. 20). As contester he won many contests of which numerous WAE and CQWW ones on all modes, mostly in single operator categories. He owns a SO2R setup station in countryside location near Ljubljana, the capitol city of Slovenia.

Randy Thompson, K5ZD, Director. Randy has been an active contest operator and contributor to the sport since 1973. He has multiple contest records and wins including 11 USA single-operator victories in CQWW. He has served three times as editor and publisher of the National Contest Journal. Randy competed in five WRTC events and was Vice President of the WRTC 2014 organizing committee. He is the Director of the popular CQ WW Contest and a member of the CQ Contest Hall of Fame. When not on the air or checking logs he is in IoT product planning for a leading technology company.

Philipp Springer, DK6SP, Director.  Philipp started the hobby back in early 2008 at age 10. At this time, the radio youth group got on the air with their educational callsign DN5KID. When he turned age 14 at the end of 2011, he sat his exam to get the novice license DO6PS. Two years later in 2013 he updated to a full HAREC license and call sign DK6SP, which he has kept ever since. In 2016 he applied for the contest call DQ5M where you can work him in most major contests. He is a member of the IARU Region 1 Youth Working Group and the German amateur radio society DARC where he is also responsible for activities around Youngsters On The Air (YOTA) Team Germany within the youth department. Furthermore, he is a member of AGCW-DL, SKCC, CWOPS and the Bavarian Contest Club where the love of contesting was found out. He also operated at former DL1A when the crew invited him to join their team. During his time there he learned essential contesting skills, including how to run pileups and now cannot get enough of them.  Philipp also has a love for travelling the world and takes every opportunity to visit DX locations. In the past he has been active from various DXCCs like 9A, 9J, A4, EI, ES, GW, P4, PJ2, PJ4, W8, Z6 and others to participate in worldwide contests from big gun stations, doing holiday style or serious DXpeditions.  He has also participated in the WRTC 2018 in Germany as team Y82D. Most recently, Philipp gained his bachelor’s degree in Business Administration with main emphasis on logistics management and plans to progress as a master’s student. 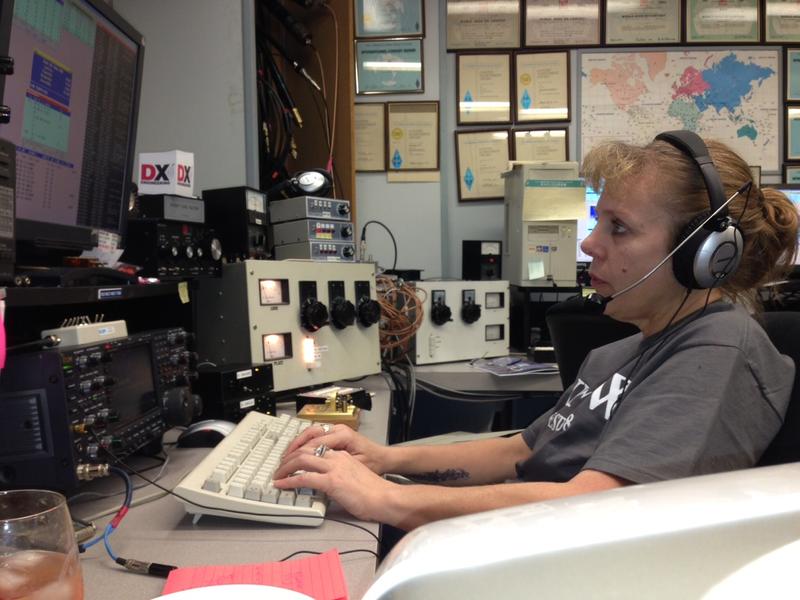 Teri Grizer, K8MNJ, Executive Administrator.  Teri was first licensed in 2013 as KD8TYW but immediately obtained her vanity call of K8MNJ.  Teri upgraded to general and extra in 2015, and became a VE in 2018.  She works with Hamfests and DXpeditions as well as being the Special Projects and Promotions Coordinator for DX Engineering.  Teri has been the Executive Administrator for Contest University, Contest Dinner, and Top Band Dinner since 2014.  She is also a member of the ARRL.